Chat Agents - How a Bakeshop Owner Succeeded in Advancing His Business

How a Bakeshop Owner Succeeded in Advancing His Business 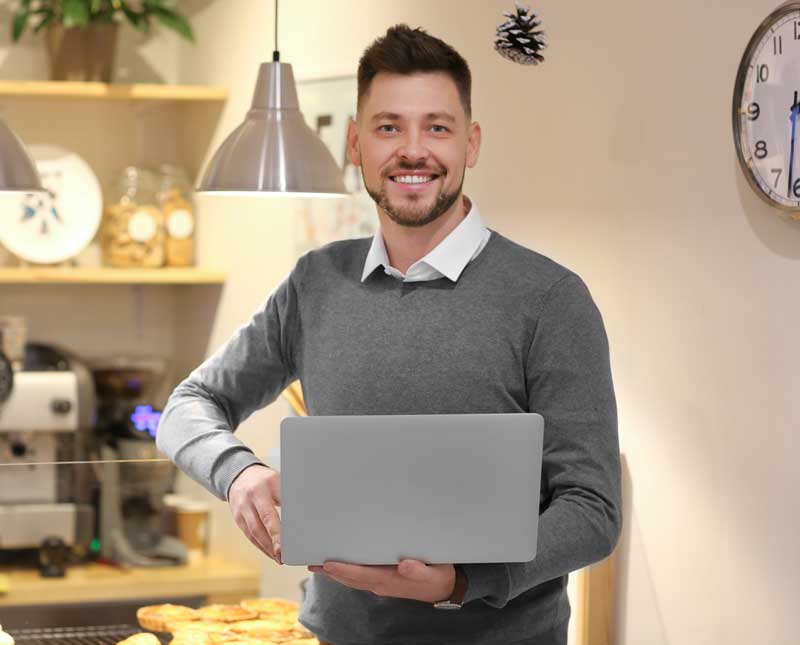 He owned a bakeshop in a one of the corners of the main road. It was doing well because the breads were always freshly baked and mouth-watering. He had wanted to become a known baker after three years, but it seemed; he had to wait for a few more years because the business was progressing slowly – like a turtle.

His name was Ben, 35 years, old. He had a lovely wife and 2 kids. He decided to create a website to advertise his products. The cost of creating his own website was minimal but advertising his product was a totally different story.

He tried social media to advertise for free, but except, for a few FB users who ordered a few boxes, there was no real action there. Until one day, he saw a Live Chat app installed in the website of a bakeshop he often visited.

A chat box popped open and the Chat Agent was asking how she could help him. He was amazed. He typed a question and the woman replied within seconds. This is cool, he thought.

Previously, he had used a chat box when he had complained about his website’s hosting, and it was a terrible experience. The response of the Agent was extremely slow; he had to wait for 10 minutes. It was a disappointing service for him.

So, he was surprised that the Live Chat Agent has responded readily to his question on the bakeshop’s site.

He immediately searched for chat apps; he wanted to know more about it. He found Live Chat Apps that he can install himself. But it has no manpower (Live Chat Agents). He needed someone to monitor his Chat Box.

He was sure he couldn’t monitor his site 24 hours a day. It’s because he usually went to the market to personally buy fresh ingredients for his bread. He didn’t trust his subordinates to do so.

He also was an official of their community association, so he attended meetings every now and then.

He was lucky to have chanced upon chatagents.com/articles that provides Live Chat Agents on a 24/7 basis. This means he can leave the website to the Agents and attend to more pressing activities.

In addition, there was a free 15-dy trial. It was perfect!

So, Ben wasted no time and signed up for the Live Chat Agents services. The account manager assigned to his website was a straightforward person, who asked him all about his website and what are the facts he wanted his clients to know.

Ben upgraded his theme into a more professional-looking one and eliminated the clutter on his website. He was ready to welcome the Live Chat Agents.

After more than a day, the Live Chat Agents have finally opened shop. Ben was keen on seeing the Live Agents in action. So, he quickly accessed his website from his laptop.

“Hi, how may I help you?” the question of the Live Agent appeared in the Chat Box.

“Wow! This is cool!” Ben declared. “My website will finally have a life of its own.”

The ensuing days were busy for Ben. He couldn’t stop monitoring his website. He would contact the manager or chat with the Live Agent and ask how things are going.

On the first week, the Live Chat Agents were able to chat with 15 prospective clients. Some inquired if the delivery would be free for their orders. A few asked about discounted prices, if they bought in bulks.

On the second week, Ben’s sales were gradually picking up. There were three international customers, who bought his eBook on cake recipes. That was a new high for him.

Now, he was a certified author because three persons had actually paid him to read his book.

After a month, his emailing list has grown exponentially, as international readers wanted to be updated with his new recipes. There was an order of dozens of assorted breads for a charitable institution that was bought by an anonymous benefactor.

Ben was forced to hire an assistant due to the bulk of orders that regularly came in at that time. When local buyers saw the bakeshop’s rising popularity, they became loyal customers.

Ben’s eBook has sold 12 copies that month and the payment went directly to his online account. It was an incredible development that he savored in his heart. And all these benefits came, without him working his butt off. Thank God for Live Chat Agents!

The Live Chat Agents were able to increase his website’s conversion rates; they were instrumental to the increase of his traffic and sales too. His online popularity was growing, and the number of his international customers around the world had also increased.

Previously, no one ever heard his name in other areas of the world, but at that moment, his name is known by some people abroad. It was a miracle that he accepted wholeheartedly.

Moreover, he was invited to guest-post about how his cooking skills in well-known websites.

Above all his activities, he was able to accomplish more tasks because the Live Chat Agents managed his website, and he had an assistant baker. He had to maintain the quality of his bread, or his customers would leave him.

His next goal was to write more cooking books, cook more tasty breads and share his skills with the online community. He knew he can do much more for others, once his sales became steady.

Looking back at the past, he was thankful that he had chanced upon the Live Chat, or he wouldn’t have known the multiple advantages of hiring Live Chat Agents.

After his free trial, he would definitely continue hiring Live Chat Agents; he plans to purchase the premium plan. He was impressed by the efficient performance of the Live Agents.

They were his angels.